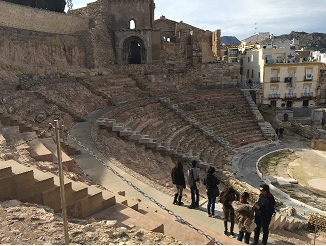 Museum – Refuge of the Civil War

During the Civil War Cartagena was one of the cities most punished by the bombardment carried out by Franco's aviation. In order to safeguarding the population a series of air raid centers were constructed through the whole city. The refuge centres in Gisbert Street were excavated in the side of the hill of the Conception, being one of the biggest in the city capable of housing some 5,500 people.

The expository tour through the galleries submerges us in such diverse aspects of the Civil War such as: the construction of the refuges and their typologies, the problems of provisions with the consequent use of the rations book, education and leisure, and the necessity to defend the people (passive defence) and also a military response (active defence). The exposition culminates with original pictures of the war taken from the Spanish Film Archive, from archives of Catalonia and the Region of Murcia and an homage to peace as an essential value for living together.

In a so interesting place, we will have the opportunity to talk about the origins of cinema and to create our own B&W Silent short movies, inspired in stories carried out in Cartagena during the Civil War.

As result of this activity we obtained the following videos (English subtitles available): 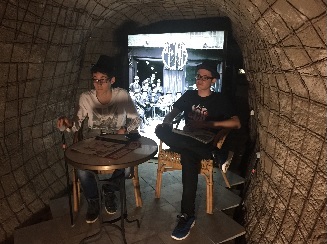 La Base School of Cinema

La Base Escuela de Cine del Mediterráneo is a School of Cinema sited in Cartagena and directed by Pablo Berger (a famous Spanish movie director). They collaborate with our project preparing a Master Class after watching one movie.

It was planned to watch one European Movie but finally we had to change it to another one due to copyright problems. The movie selected was Moneyball (Bennett Miller, 2012). This movie is about beisbol but have a lot of Mathematics.

After watching the movie, Pablo Más (film editor and teacher of the school) gave a Master Class linked to the movie.

Here you can watch some moments of the Master Class. Unfortunately we had serious problems with the sound, but there are subtitles available in English and Spanish: 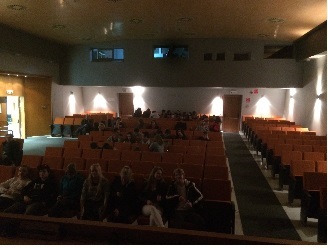